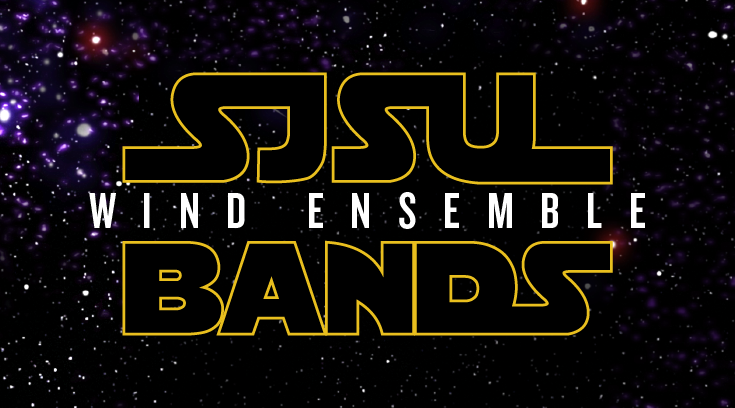 "Join the San Jose State University Wind Ensemble as they kick off the season with a tribute to the music from the “top soundtrack of all time” as voted on by the American Film Institute: John Williams’ music from Star Wars. In addition to music from nearly every Star Wars film, we will also feature a SOLO (get it?) by SJSU Trombone professor, Tom Hornig.

Guests are highly encouraged to come dressed as your favorite character from the Star Wars films! This concert also marks the kickoff of fundraising for the SJSU Bands Program."